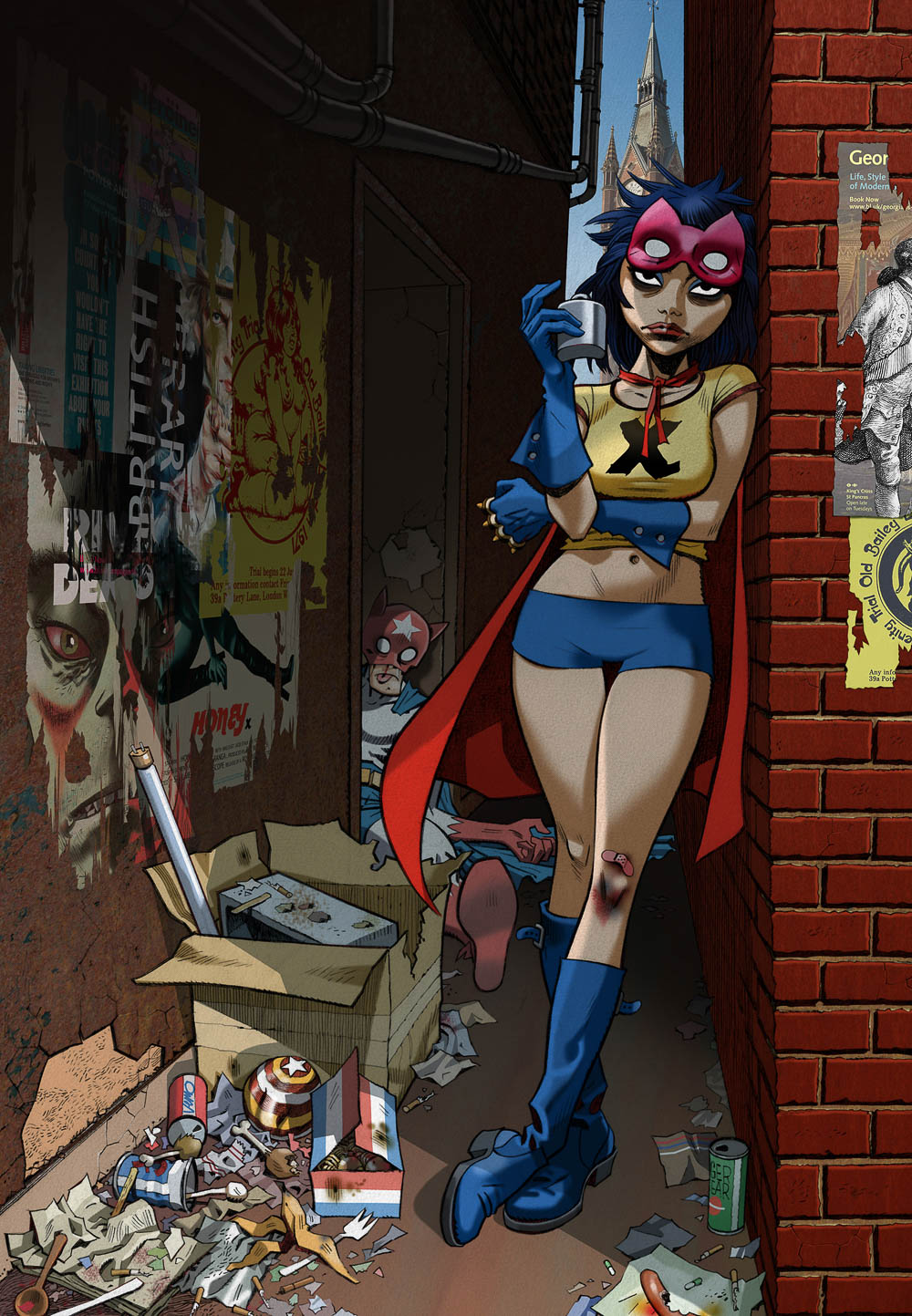 One of this Summer’s Exhibition highlights across London, myself and Robert was looking forward to Comics Unmasked at the British Library particularly.

Through our years together, me and Robert has a mutual interest in comics and graphic novels. Whereas I was interested in the sequential imagery, storytelling, biographical intimacy of graphic novels, Robert was focuses on the Villainy, Downfall and Rise of Superheros. Over the years, we have seen exhibitions and galleries together, I always value Robert’s humourous and straight-talking opinions and his views.  At times, we may not agree but I thoroughly enjoy the debates we have and topics that can arise within us after seeing an exhibition. So, It is only natural I brought my beloved husband along to the British Library and here’s what he has to say…..

“Today we went to Comics Unmasked at the British Library. comics have a strong and powerful way of communicating ideas and highlighting social and political issues that sometimes we forget that beneath the colour and the style there are usually  stories that are not far off from being what is in the world today.

Art and Anarchy in the UK was the main theme behind this exhibition and is also the biggest comic exhibition in the UK so we were had high expectations. They tackled subjects such as politics, erotica and violence to name a few, with a fantasy or an alternate reality backdrop, although it did seem to cover more real issues than fantasy.

When we entered the exhibition we were greeted with two mannequins, dressed in clothes inspired by recent protesters complete with V for Vendetta guy Fawkes Masks. This set the tone for this exhibition that represents the current relevance from the comic characters to modern anarchists.

The first room Mischief and Mayhem showed the almost slapstick portion of the early characters such as Mr Punch, causing mayhem to the realistic and graphic portrayals of violence that at the time caused moral outrage at the time. The modern day pieces on show depict how these comics are still relevant but cater to the more mature audience.

Too see ourselves portrayed the social values and situations that on the one hand were satirical and humorous caricatures of ourselves to the real life and empathetic views that we can see in ourselves and society.

The lead up to Politics: Power and the People started with groups of mannequins dressed in a similar way to the ones at the beginning of the exhibition. They were standing like the protesters were during the Occupy protesters complete with V masks. in this room there were a selection of works relating to politics and the seemingly injustice that is present even today.

Lets Talk About Sex showed various comics from the 18th century to modern day with themes from mild nudity to instruction to sadomasochism. Some bordered on the obscene, but there were some humorous and mischievous images on show.

Hero with a Thousand Faces was an interesting area that had the look and feel of an artists studio with inspirational items and memorabilia. Heros are the popular theme for younger readers, but these are more for the teenage upwards with the likes of Kick Ass and Batman: The Killing Joke to name a few. The earliest depictions were the likes of Dan Dare and anti-hero Dick Turpin but now British writers and artists are producing some of the most radical and popular work today.

Breakdowns: The outer Limits of Comics depicts some of the darker and almost magical elements of comics. This room was darker and more atmospheric than the other rooms but showed that with the digital age, the canvas to which is available is almost infinite and can cross mediums as the Gorillaz have done to music and the recent Batman games have demonstrated.

My final thoughts: I would have loved to see or learn the influence that these comics have had with the regard to the past and current social and political issues in the real world other than the V masked protesters and the suffragettes.

I would love to have seen this in a larger space with more on display as the size did not do it justice.

Each room was set out well in relation to the theme that each room portrayed and it did feel like there was a lot of thought put into how each would link together.

I love comics and the stories that they portray and I hope this paves the way for more comic exhibitions and more discussions and debates on the themes and issues that are highlighted.”

Comics Unmasked: Art and Anarchy in the UK, British Library

Last admission is an hour before closing.

Credits: Photos of the exhibition are courtesy of British Library.