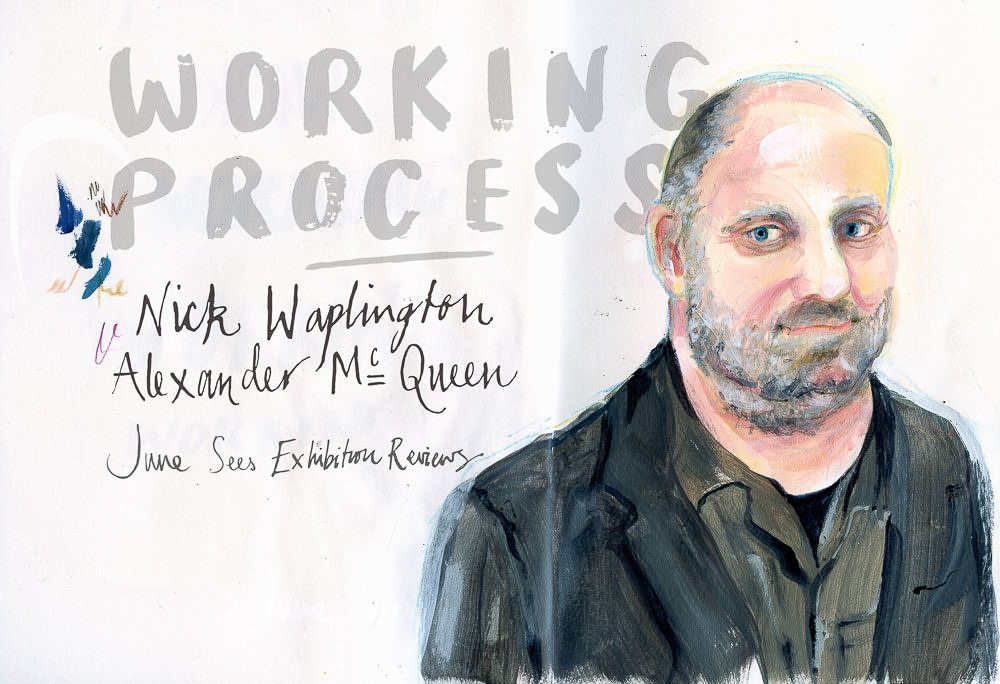 By junesees17th March 2015May 11th, 2019Exhibition, Exhibition Review
No Comments 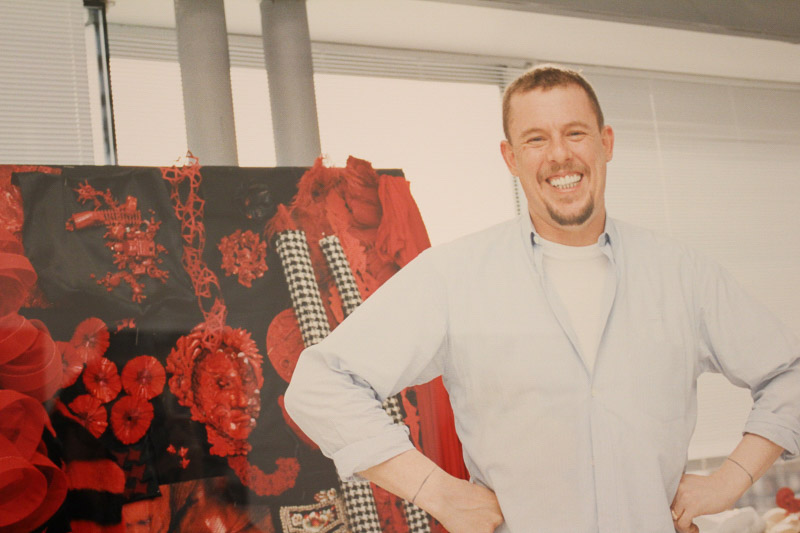 Both Tate Britain and V&A Museum have exhibitions about Alexander McQueen, that are  now open to the public.

I had an exclusive look a the photography exhibition of  Nick Waplington/Alexander McQueen: Working Process at Tate Britain last week.

This  exhibition  is timed to coincide with the  V&A’s Alexander McQueen: Savage Beauty fashion exhibition.

Since ‘Working Process’ has opened first, I wanted to share you all my thoughts about the exhibition at Tate Britain and  later compare it to the  retrospective at the V&A. 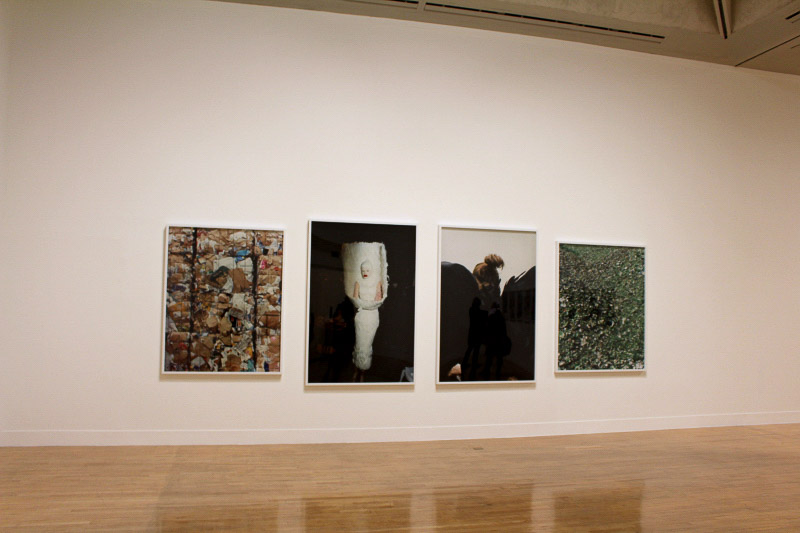 This was incredibly jarring when I first entered the exhibition and first works you see are bulldozers, landfill sites, recycled waste, fitting models and mood boards, with minimal wall captions.

Nick Waplington is a British photographer whose work centered on social commentary, identity, and conflict. He is widely known documenting conflict in Gaza.

He does not declare himself a ‘fashion photographer.’ So how did the two  respected artisans  end up working together?

The Photographer and the Fashion Designer 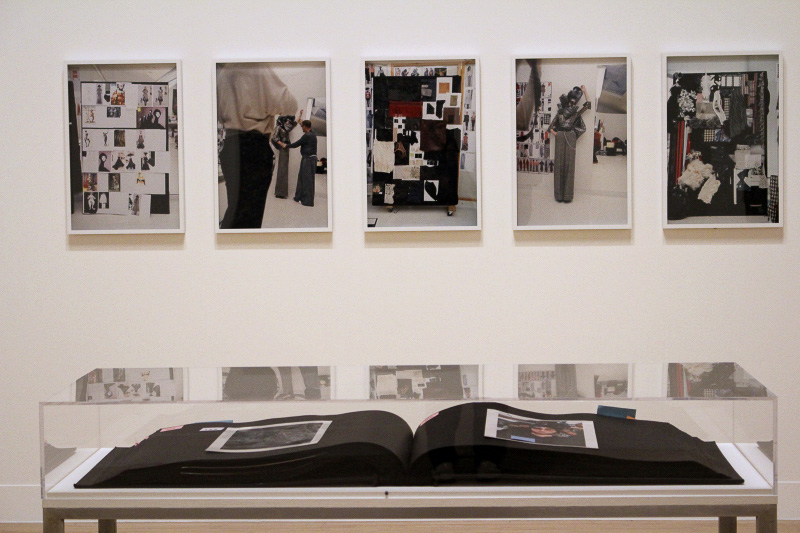 McQueen reached out to Waplington  and wanted him to record behind-the-scenes and team operation of the A/W 2009 collection titled, “The Horn of Plenty! Everything and The Kitchen Sink” in his secret London Studio.

What I’ve learned about McQueen, is his interest in Historic and Contemporary Art. He admired the likes of Allen Jones, The  Chapman Brothers and Hieronymus Bosch.  He was not in a Fashion  bubble.

McQueen rarely opened his studio to the Press but he wanted Waplington to be the one to photograph his working process.

Initially, Waplington  turned down the opportunity.  But through persistence and  timing, the collaboration will go ahead.

The  outcome was a photobook which Waplington developed and chose the photos while McQueen sequenced it. The maquette of the photobook is displayed in the exhibition. 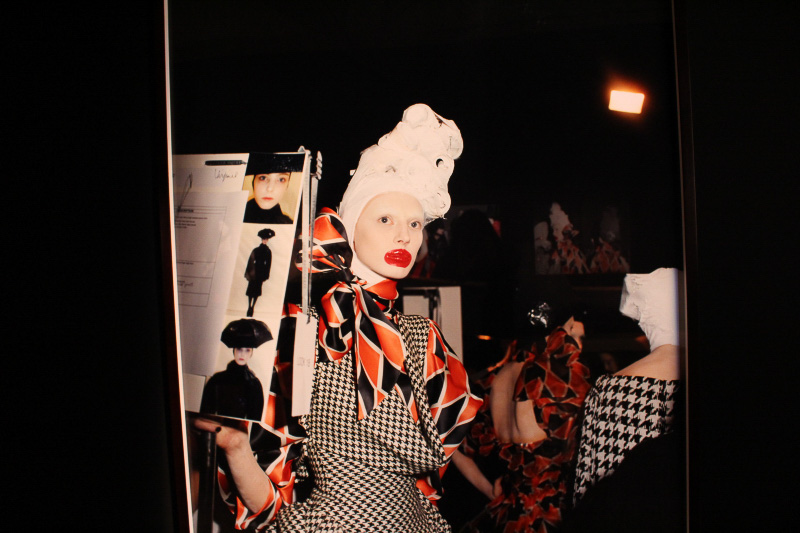 The Concept of the ‘Horn of Plenty’ A/W 2009 Collection

It is   fiercely drenched in  satire and  aggression. The  models are plastered  with  latex red ‘clown’ smile,  this is not an easy  portrayal of femininity.

The introduction of  landscape photographs of landfill sites and recycling plants  alongside with these McQueen’s beautiful and unique  collection perplexed me. 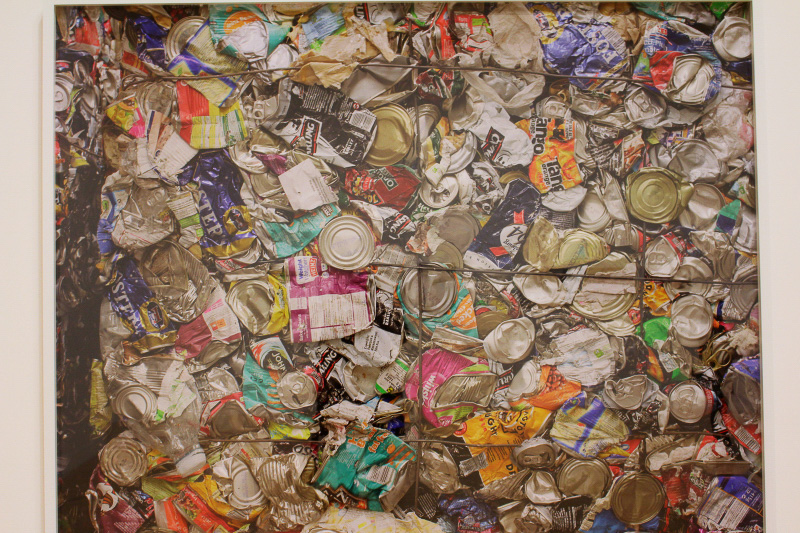 I begin to question:  the throwaway culture of  fashion, should we feel guilty as consumers of fashion? This juxtaposition of the two conceptual ideas blurs  the idea of Fashion.

McQueen regularly recycled  patterns to create new garments.  The dress that  looked like they were made out of bin bags were  made of the  finest and expensive silks.  There was nothing sustainable in the materials of the clothes, even though they were orchestrated to look like it was. It was  high-end fashion.

It is so poignant  that the day the Exhibition opens to the public,  is the 6th year anniversary of ‘Horn of Plenty’ A/W  2009 Collection  at Paris Fashion Week.

The Legacy of McQueen 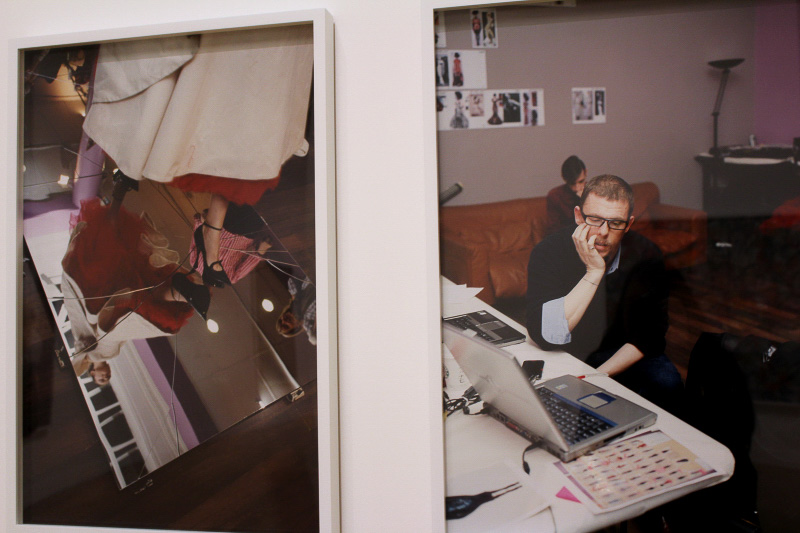 This exhibition is an intimate and candid insight of the workings of Alexander McQueen’s studio. He was involved in everything from  the  pattern cutting, pinning and sketching, his team  instinctively follows and meets his needs.

It is good to hear from Waplington himself that McQueen was happy creating this  collection. 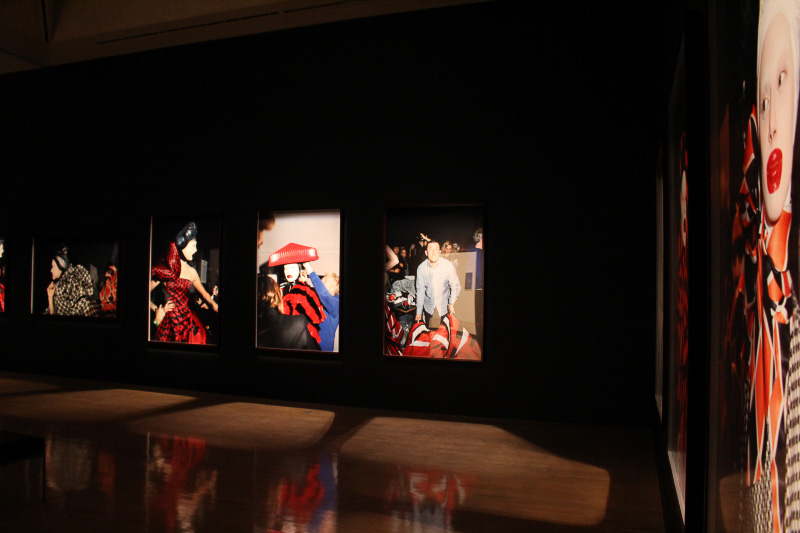 McQueen was a highly private individual, he only trusted  Waplington to take the photographs.There was an  antidote that McQueen didn’t like his photo taken after the Paris catwalk show was finished. He rushed backstage into the car and Waplington had to take photos with  his compact digital camera. You’ll see these photos  en route to the exit of the exhibition. 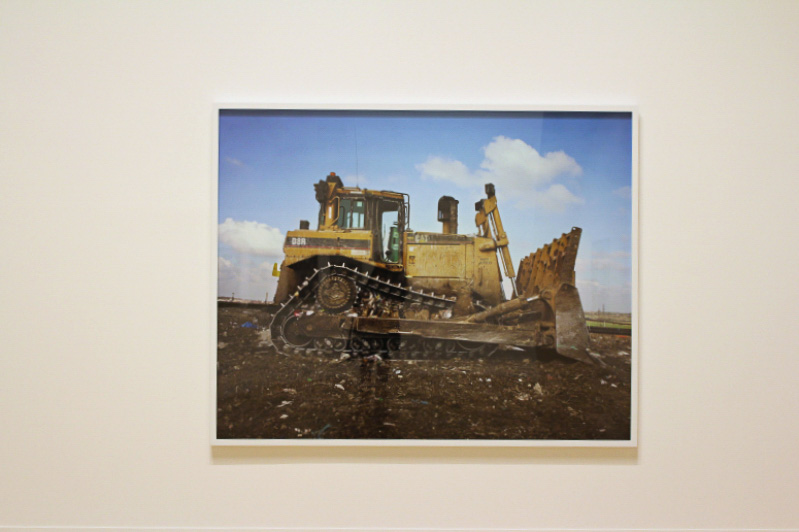 McQueen admitted to Waplington, at the landfill site, that a  bulldozer he considered to be  his self-portrait

In summary, I would highly recommend listening to the free mobile guide to accompany you  throughout this exhibition. Which you can find here. Although there are wall texts in the exhibitions, I found it distracting  to  read.  Hearing the  conversations between  fashion writer Susannah Franke and Nick Waplington added to the experience. Also, the mobile guide is non-intrusive.

The last room of the exhibition is my clear favourite. My photography does not do it justice: the detail that goes into shooting backstage of the fashion show.  Also seeing the  McQueen  at what he does best. This is a conceptual, fine art exhibition, opposed to the retrospective  fashion exhibition at the V&A. The themes and the curation are intimate, candid and dark. 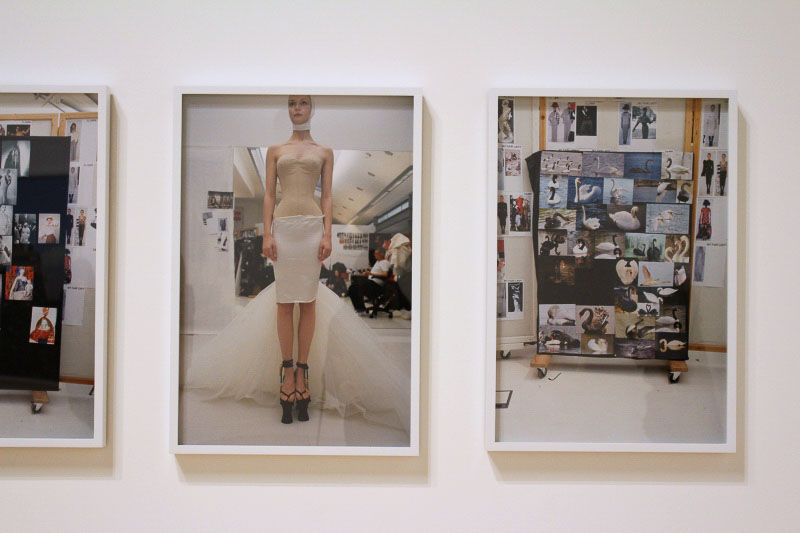 For any fans of  McQueen, I would recommend  seeing this exhibition first  before seeing the retrospective at the V&A. I’ve learnt so much about McQueen and his working practice, that I can appreciate his designs a lot more. When I see McQueen’s designs, I cannot forget about the team who builds it. 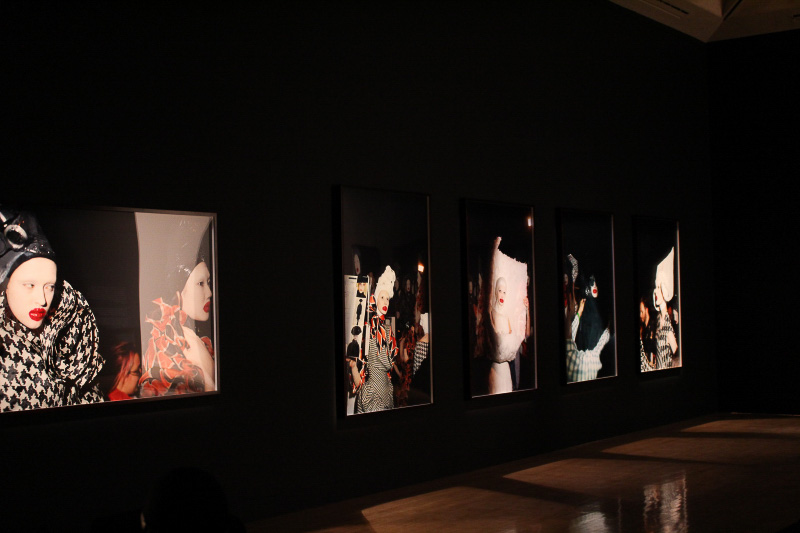 Who is this exhibition for?

This exhibition is for anyone who is interested in

I hope that helps  you all to make an informed decision.  Have you seen this exhibition?   Did you  learn  a lot from it? Are you going to see the V&A exhibition?

I loved to hear what you guys think

Under 12s go free (up to four per parent or guardian). Family tickets available by telephone or in the  gallery.

For more information about the exhibition and Tate, click here to go to the Tate official website.